5 Reasons for Entrepreneurs to Network 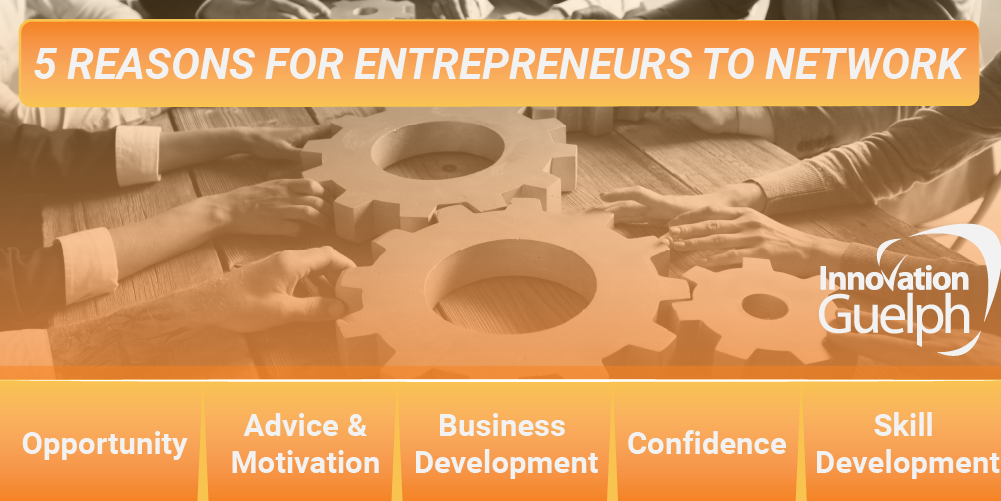 When building a business, no matter how great your ideas may be, or how hard you work towards success, the ever-present reality is that you have to eventually connect with people. This is why effective networking is key to the growth of your business. Sallie L. Krawcheck, Chair of Ellevate network states, “networking is the number one unwritten rule of success in business.” A report made in 2016 by the Economist Intelligence Unit, even concluded that for 78 per cent of startups, networking was essential to their success.

What are the benefits of networking?

If you build relationships with other entrepreneurs, it can be motivating to see how they operate and how their actions led them to where they are now. You can learn from them about what you should or shouldn’t do. You can gain valuable insights you can apply to your own business, as well as share your own insights to those who may benefit from them.

Networking is a way to get to know new clients and build relationships with them. It’s important not only to reach out to people, but to also build genuine relationships with them, so that they come back to you in the future. Another benefit is that someone in your network may be able to refer you to someone who could use your product or service. This could be an old client who was happy with your work and is now recommending you to co-workers, who then may recommend you to family members, and so on. If you leave a good impression, your network can grow through word of mouth.

Through networking with others regularly, and going outside of your comfort zone to speak to people you don’t know, your confidence will be increased. This is especially important for introverted entrepreneurs who may struggle to be social. When expressing yourself with confidence, others will gain a sense of trust towards you. If you are confident in yourself, others will be confident in you as-well.

Networking is an important skill that teaches you many other soft skills that are helpful in the business world. These soft skills include listening, problem solving, negotiating, engagement, confidence, and more. All of which teach you how to approach and communicate with others effectively. Focusing on these things will also point out your own strengths and weaknesses, and show you what you need to work on.

Thus, if you are willing to put in the effort to grow a network, you are likely to see these benefits come to life, and in turn, it’s likely you will see your business grow.