Ontario Grown Quinta Quinoa products are available for sale online and in stores.

The call to entrepreneurship comes in many forms: in the case of Katan Kitchens founder Jamie Draves, it was his struggle to overcome failing health from pancreatitis that led him to quinoa’s nutritional benefits and ultimately sparked the launch of his Ontario-grown Quinta Quinoa superfood.

In just a few short years, Katan Kitchens has emerged as a leader in the research and development of quinoa, a nutrient-rich grain crop native to South America. Founded in 2011, the company has developed and refined a non-GMO quinoa variety that is suited to Ontario soils, growing conditions and farming practices. It’s the first commercial variety to be produced in the province and is two to four times higher in protein, iron, magnesium, fiber, zinc and calcium than the native South American variety.

The company’s journey has included successful appearances on the CBC television show Dragon’s Den, where Draves secured a $200,000 deal with chef/author/restaurateur Vikram Vij. The company has acquired the pertinent funding, advanced plans for a new processing facility, brought its first commercial products to market, and ramped up production with growers in Ontario, Alberta, Quebec and Manitoba. Katan Kitchens is continuing to partner with University of Guelph researchers to naturally breed 60 new strains of quinoa and study opportunities to improve nutritional content and crop yield.

“It’s not for the faint of heart,” says Draves of his path to adapt quinoa to northern growing conditions. “Nobody had successfully done this with quinoa before in Ontario. We had to go through hundreds of varieties of the plant and worked very closely with growers to figure out how to get the crops to grow and how to develop a commercially viable seed.”

Those efforts are paying off: The company’s Quinta Quinoa products are now for sale online and at over 50 health food and farm stores as well as grocery outlets including Sobey’s.

“We’ve been getting a lot of great customer feedback on the flavour and quality of our product,” Draves says. “We’re proud to be producing the highest quality, highest nutritional-value quinoa in the world, and down the road we’ll be looking to quantify the impact on health of adding our Quinta quinoa to your diet.”

Sharing the benefits of a personal health experience

Draves formed Katan Kitchens after a health crisis that by 2007 had resulted in the loss of a third of his pancreas. With little hope for improvement — an especially grim prospect for a man with a young family – he took control of his own health and began to follow a severely restricted diet that included quinoa as a staple. As his condition improved, Draves saw an opportunity to create and sell a variety of superfoods to people with digestive issues and a business idea was born. “Katan” is an amalgam of the names of his first two children, Kaden and Mattan.

Quinoa — which is similar to a grain but is actually the edible seed of a plant related to chard, spinach and beets — is one of the few “complete” plant-based proteins containing all nine essential amino acids.

“Our quinoa is likely the most nutritious whole food you can buy,” says Draves, adding that their specific Quinta quinoa has more iron than liver and is rich in other vital minerals, as well as being gluten-free.

Since making quinoa the foundation of his diet, Draves’ health has improved dramatically; his symptoms have all but disappeared and the pancreatic atrophy caused by the disease has stopped.

“I’m doing great but I still have to manage it every day,” he says. 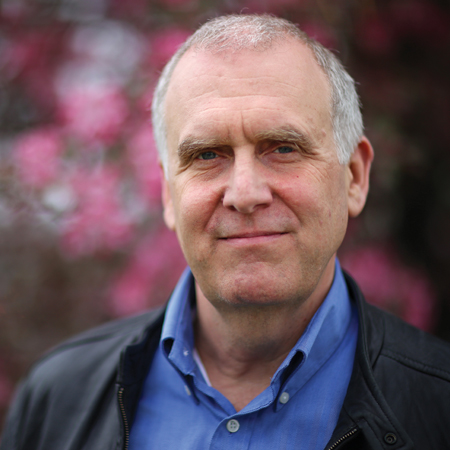 Katan Kitchens has also overcome many challenges on its path to commercialization, Draves notes. “A lot of our success to date is owing to collaborations with our supporters and organizations like Innovation Guelph.”

Draves cites Innovation Guelph’s Fuel Injection Program, delivered in partnership with Bioenterprise, as being instrumental in helping the company achieve a number of significant milestones, including:

“Steve Barrett has been our Innovation Guelph mentor for several years now and he’s been a fantastic resource to help us develop and stick to a strategic plan and follow strong business practices. He’s also helped us with networking and provided expert advice and insights to sharpen our pitch skills and generate investor interest in our company,” says Draves.

“For example, one of our biggest challenges is that the crop comes in all at once, and we need volume so we need to scale. So all of our costs come in at once as well. Steve was instrumental in helping us develop a really solid, executable 90-day plan and tap into some funding to get us through that period. Both elements were critical in helping us springboard into success in 2016.” 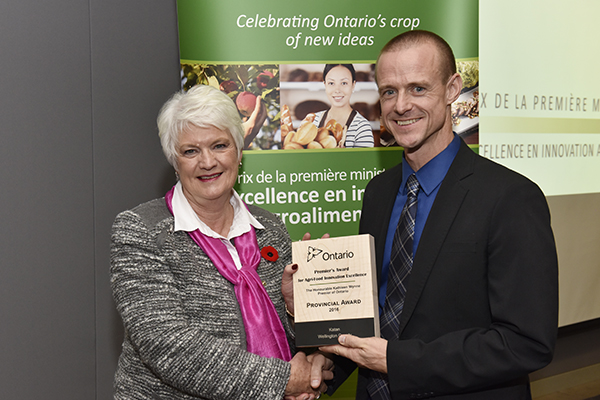 “Jamie has an incredibly strong personal character, and has weathered the storms that come with being an early-stage company,” says Barrett. “It’s been remarkable to watch Katan grow and continue to innovate over the past 4 years.”

Industry watchers and consumers are taking notice. The company received a Premier’s Award for Agri-Food Innovation Excellence on Nov. 9. The awards recognize and celebrate Ontario agri-food producers, processors and organizations whose innovative ideas and projects are creating jobs, strengthening communities and supporting a sustainable environment.