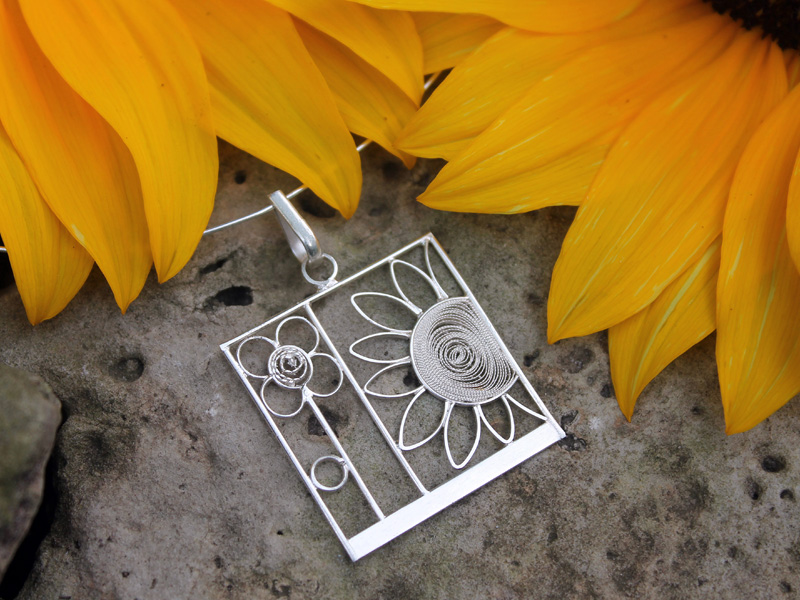 Three years ago, Carmen Clubine was at a crossroads, picking up the pieces after losing her job as an industrial designer, when a friend shared a story about a young man he’d met while working for a non-profit in South America.

It was a life-changing encounter for Clubine, leading her to abandon her plans to launch a design consulting business and embark instead on a new venture with a complete “stranger who lived 10,000 kilometres away” from her home in Waterloo, Ont.

That stranger was Joel Baez, who lives in the small town of Luque in Paraguay.

Her friend told her that Baez was 22 years old, one of 12 children in his family, and that he had been born deaf.

“As a child, he attended school for a few years, but found it very difficult to communicate with other children. He learned to read and write at a very basic level and had learned to lip read in his native tongue, Guaraní, but never felt accepted and ended up quitting school at a young age,” says Clubine.

“To keep him entertained, Joel’s older brothers taught him the family’s traditional art of silver filigree.”

Filigree is a delicate type of jewelry metalwork using tiny beads and fine threads of silver. Each piece is wound, formed and soldered together to create lacy, artistic motifs, an art form that dates as far back as 3,000 B.C.

“Filigree was something that Joel enjoyed doing, but his brothers eventually moved away to Argentina to find jobs due to the lack of jobs in their town. Being the youngest and with a learning impediment, he was left at home and was not able to continue with his art as it was expensive for his parents to buy the material and tools.”

Frustrated, Baez became prone to emotional outbursts that were increasingly difficult for the family.

“There was no place or person to reach out for support and it was a really desperate situation,” Clubine recalls. “When I heard this, my heart was crushed and I could not hold back tears.”

Clubine’s friend also showed her a few samples of Baez’s silver filigree work. Driven by the impulse to help, her first instinct was simply to buy all the pieces her friend had brought. But over the next few months, she was beset by the thought that it wasn’t enough.

“Joel’s story was deep down in my heart and all over my mind and I needed to act, but how could I help him?” she wondered.

She admired Baez’s excellent craftsmanship, but found the touristy designs uninspiring. Then came her a-ha moment: “I decided that I could use my professional background and create unique jewelry designs that Joel could produce and we could try and sell them here in Canada.

Clubine went to work. “It was not an easy task as I had never worked with filigree before, but it was exciting to get ideas and put them on paper knowing that this could change Joel’s circumstances. It took me around three months to understand how to design in filigree. I would sit at night and watch videos, read and sketch in order to learn how it was done. 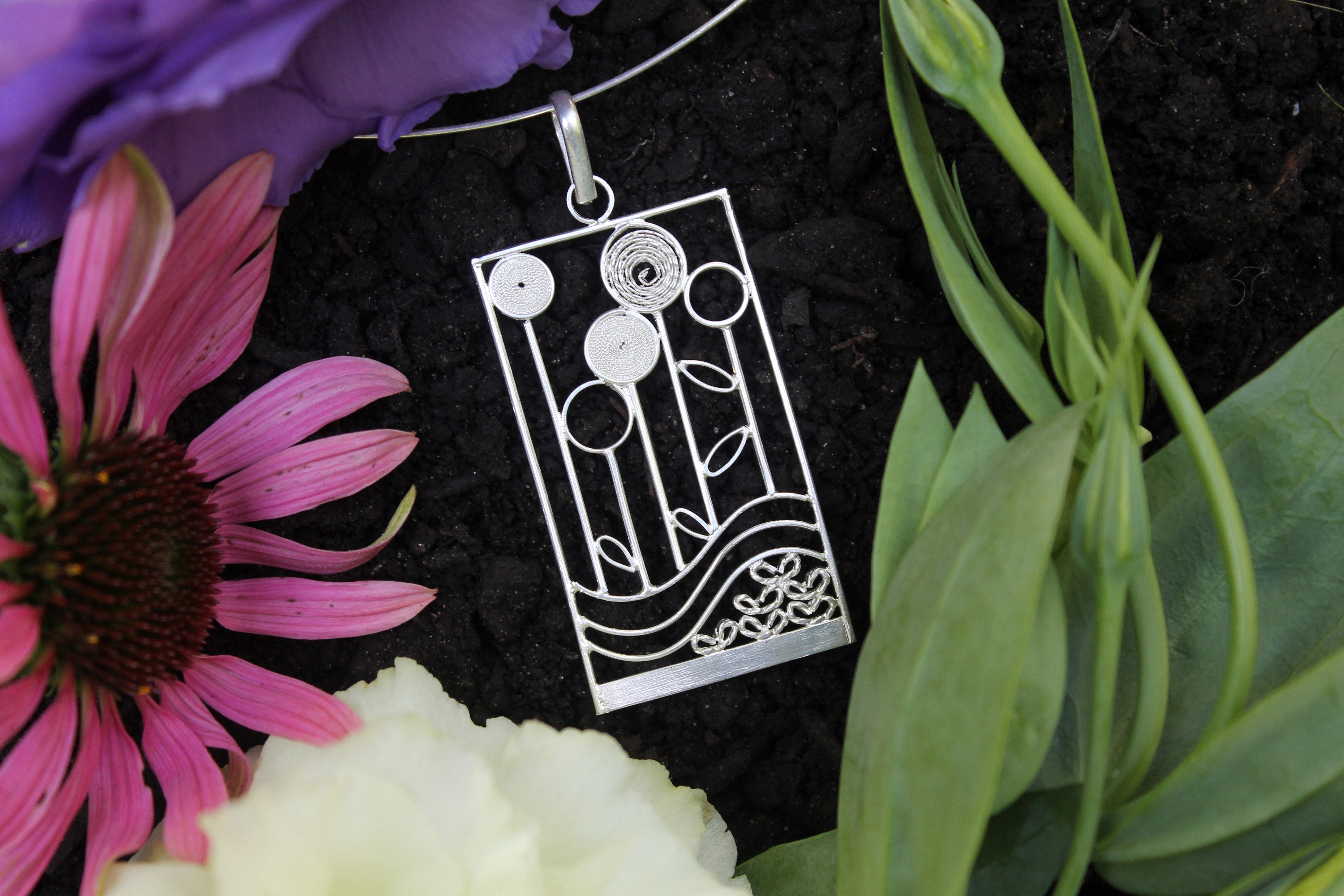 “I came up with my first collection inspired by the beauty of the different Canadian seasons. Having been born and raised in a tropical country, El Salvador, I’d never seen the changing seasons and it is something that I absolutely love.
“That spring was a specially beautiful one and my neighbour’s magnolia tree had been bursting with blooms and I could not resist sketching it and taking daily pictures. It seemed to be the perfect place to begin. This is where my first design originated and the other three seasons followed.

“In a matter of weeks I got all my drawings ready for The Four Seasons Collection and sent them to Joel for him to make. I was concerned about the distance, little communication and the fact that I did not know Joel. I did not want to give him false hope, but I did not know if he could produce what I wanted. I waited a few weeks until one day I got a package in the mail with four gorgeous sets. I could not believe my eyes, what Joel had created was exactly what I had envisioned. I knew right there and then that we could not turn back.”

Clubine abandoned her plans for a consulting business: “I decided to build a new business around an artistic collaboration with Joel, someone I had never met.” 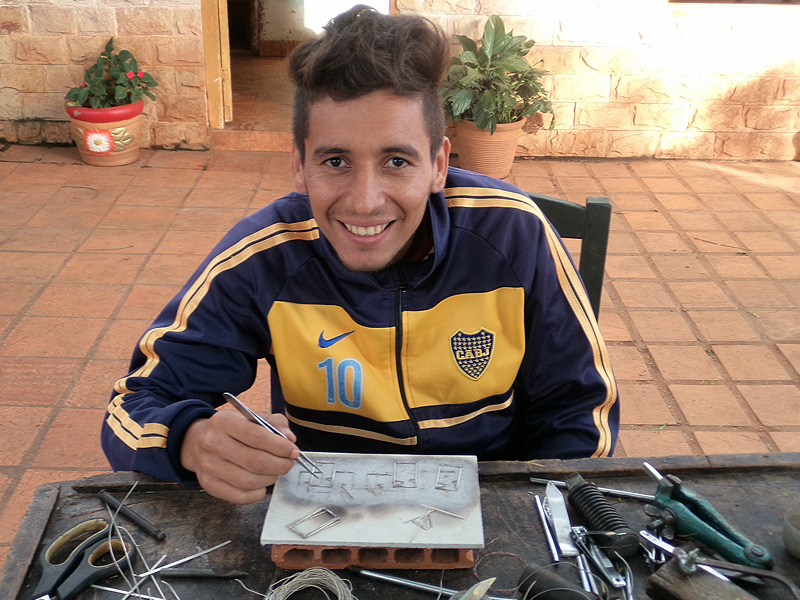 She launched Alfaro Clubiné in 2015 (www.alfaroclubine.com) and the collections of earrings and pendants have continued to grow.

Her friend has been back to see Baez several times since. “He told me about the smile on Joel’s face when he took him shopping for running shoes with the first money that Joel had earned, and I knew it was more than all worth it.

“Joel is earning a living wage and he is working with three more artisans in his own home. He does not need to commute and two of his brothers have expressed their interest in moving back home to work in this project. Joel’s life has changed completely – he is no longer a frustrated, deeply unhappy young man. Children come to watch him work and have expressed their desire to become artisans when they grow up. He has become an inspiration to his community.

“I have always believed that art and design can be used as a means to lessen poverty, break stigmas and bring hope to struggling communities. My dream is to continue providing work for Joel, his friends and, one day, his brothers. I want to continue to grow Alfaro Clubiné to employ more members of the community and eventually have a design school so that they can excel at their art without compromising their culture. I want to provide our customers with beautiful art and the inspiration behind it.”