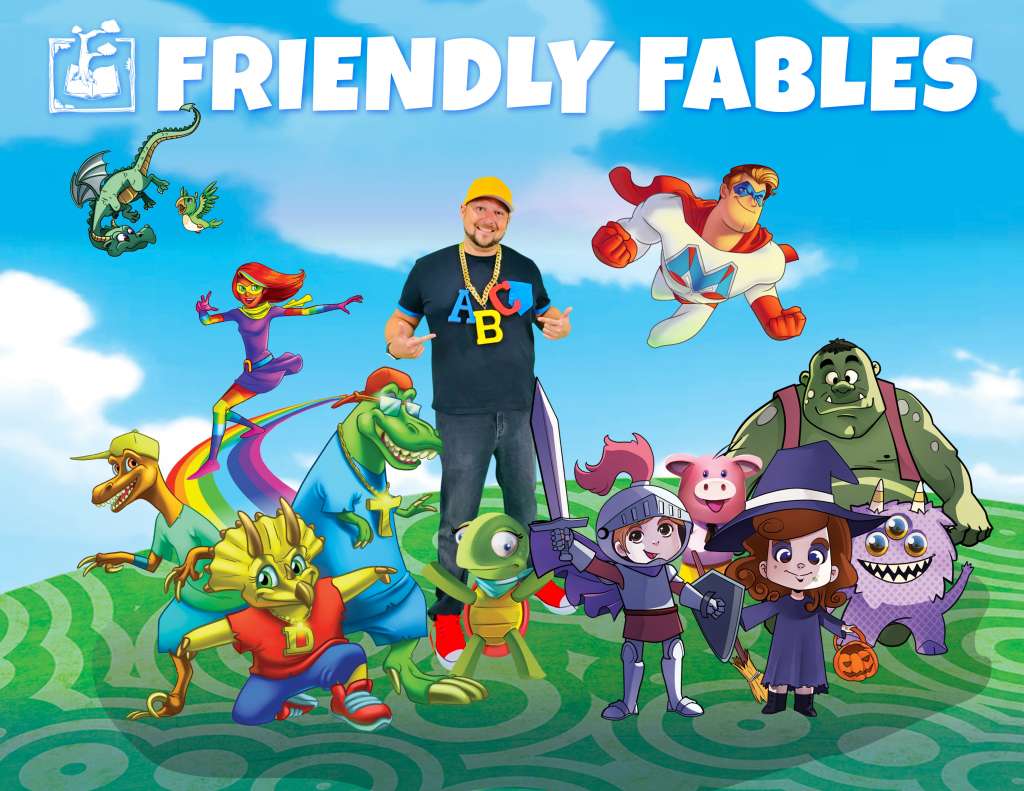 Creator, children’s entertainer, performer and Friendly Fables founder and talented Rap Dad Alexis Alexander (Lexy) is on a mission to bring joy to children around the globe.

Especially during the last year, Lexy said children have faced challenges due to the pandemic and being away from their friends. “They need fun, laughter, joy and dancing in a constructive way in their lives; it’s super positive,” he said.

Taking a break from the corporate world when his son was having surgery at Sick Kids Hospital, Lexy rekindled his love of storytelling with his son and daughter who are now four and six years old. He said he found his passion and joy in writing and sharing his stories and began going to schools. At one of the schools, the librarian said his books sounded like rap songs and challenged him to perform them as such. That is how Lexy The Rap Dad was born!

Lexy said his business has grown as he has explored new avenues. He began with books and added music. Then he branched out to add video relying on agility, change and openness to evolve. “A big part of my growth has been Innovation Guelph,” he said. “Their experts helped me with hurdles I’ve encountered, and the marketing specialist has connected me with interviews on CTV news, Sirius XM and more.” He said IG has also helped his ecommerce revenue grow with Amazon.

Hearing how much kids love his stories is one of his favourite things. “Parents share videos of their kids knowing the lyrics and dancing to my songs,” Lexy said. “It’s great that one of my songs is a kid’s first rap song!” Lexy is proud that his rap songs are educational and appropriate for his target audience of children under eight and their parents who continue to give him overwhelmingly positive feedback. Because his audience is so important to him, Lexy thoroughly prepares through practice and rehearsal for every performance. He said one of the most rewarding experiences has been seeing 300 students come into a performance and watching them warm up to participating and dancing – it’s the coolest thing he said.

“I just wanted to be with my kids – then entertaining them and others gave me great joy,” Lexy said.  “Now my mission is to bring happiness to kids around the world!”

Looking Back and Forward

When starting his business, Lexy said he’d have been so happy knowing he’d get to where it is now. Prior to the pandemic he was enjoying a lot of traction with sold out live shows. When the live shows were not viable due to restrictions, he was inspired to pivot, take his live performances online and focus on working toward a tv show.

“I wouldn’t have imagined the books would turn to songs and then to a tv show pilot,” Lexy said, explaining, “We are producing a pilot for an educational tv show, putting it on YouTube, sending it to teachers to use and hoping it gets picked up.”

His previous corporate career in sales and marketing gave him the experience to keep going even when he was confronted with a NO. “One hundred Nos can lead to a yes!”