We received a postcard from Tam Etmannski, the winner of the first Canadian Global Impact Competition 2014 who received a full $30,000 scholarship to Singularity University’s 10 week intensive Graduate Studies Program.

I am now in week 9 of the 10 week Graduate Studies Program at Singularity University at NASA Ames. The first 7 weeks were filled with lectures, workshops, tours, networking sessions, and brainstorming exercises. During this time I learned about all different types of exponential technologies including 3D printing, drones, robots, artificial intelligence, machine learning, bio and nanotech, social networks and virtual currencies; and spent a lot of time discussing how these might solve some of the world’s greatest challenges. Astronaut Dr Ed Lu said in his talk that, “you are all crew members, not passengers, on spaceship-Earth.” Now our challenge is to take all we’ve learned to start businesses which use these technologies to make a positive impact on 1 billion people over the next 10 years. 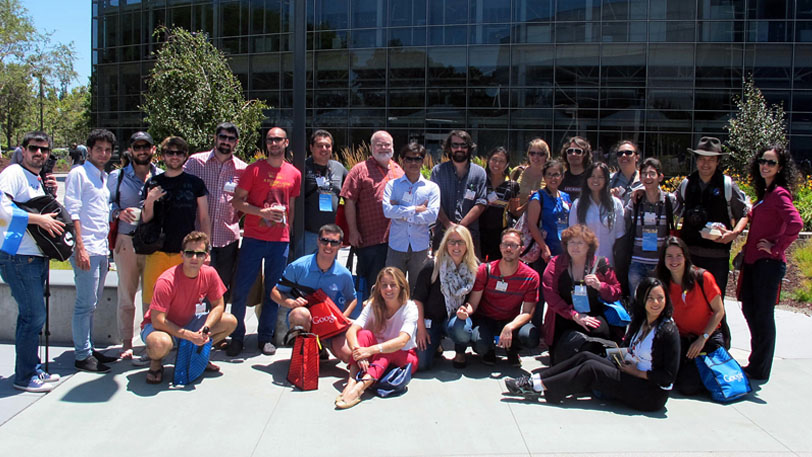 The last few weeks of the GSP are dedicated to this cause and for about a week I worked with a team whose vision was to provide inexpensive and more accessible internet for people in the bottom of the pyramid. My team and I really believed in our idea but quickly realized that we were not the first people to take on this particular challenge, and that perhaps racing both Google and Facebook to the finish line might not be the best use of our time. So our group dissolved and we all joined other groups working on different projects. It is commonly said in Silicon Valley to ‘fail fast’. This phrase implies that if you are going to fail at something, it’s better to know that sooner than later so less time is wasted. I now know this is true from experience. My new team is using artificial intelligence in the education sector. I am particularly excited about this project being that I am an educator and am fascinated by IBM Watson and machine learning. We are still a few weeks away from making the details of our idea public, but I look forward to the moment when I can share more with you.