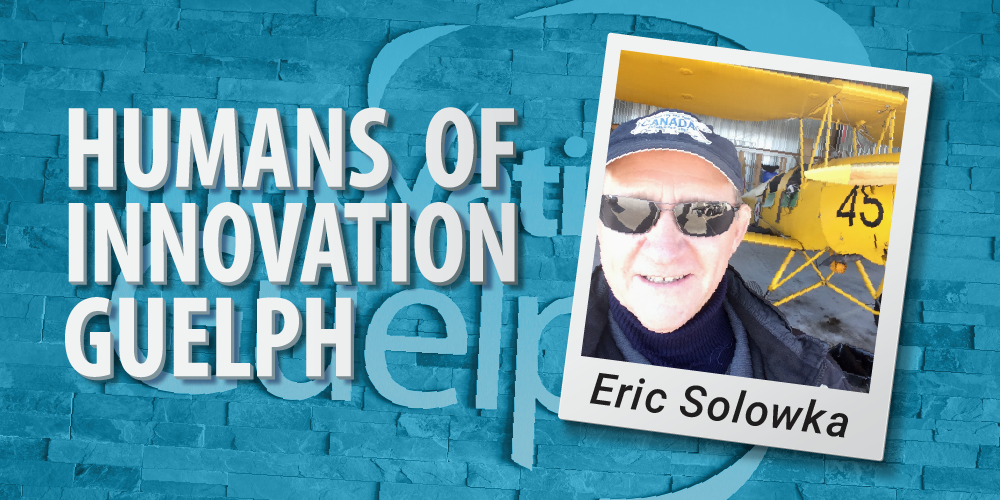 Eric calls the rolling hills of Caledon his hometown.

Colleagues may not know his hobbies include portrait photography, home renovation and he says he may be a bit aviation crazy! Working with entrepreneurs on their leadership skills brings Eric joy and he says he is happiest, “When the little light bulb over their heads starts to glow and they realize that leadership is as important as their product/service.”

In his early career as an aircraft mechanic northern Manitoba, Eric says he was stranded on Cape Churchill for a day/night. “I got to see a polar bear in its natural habitat. Geeze Louise there is nothing up there!! You can’t help but wonder how do they do it? No Loblaws, no Costco, no nothing for as far as the eye can see in every direction,” he said. “Then you realize – if the polar bears can make life happen there, then we humans really don’t have anything to complain about.” Consequently, he says this quote resonates with him: If ‘twer done, then better ‘twer done willingly (and with a smile)!

If there were a theme song for his life, Eric says it would be It’s a Long Way to Tipperary. When asked when he is most content, Eric says, “I usually feel content once a day. It starts when I wake up and wanes when I fall asleep.”

Eric’s mother had the biggest impact on his life. “Although she had seen/experienced the atrocities of WWII in Europe/Germany she maintained the attitude in the quote above. Her stories and aphorisms taught me to be grounded, motivated, adventurous and kind.”

If he had a day to do as he pleased with an unlimited budget, Eric says he would love to ride aboard a few vintage warbirds to experience the aviation technology of the day and to feel the courage of those who flew missions in them!