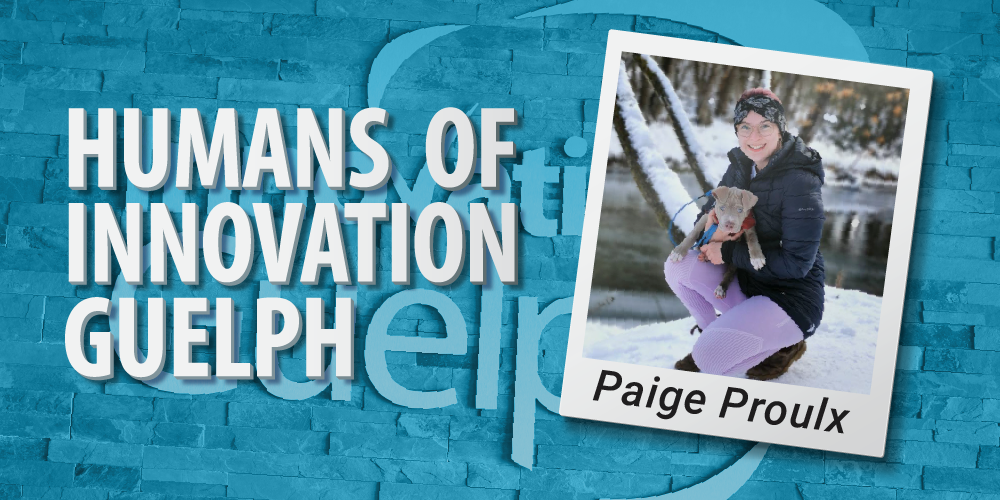 Paige Proulx, IG city connector, calls Midland, ON – off the heart of Georgian Bay her hometown and she currently resides in Hamilton, ON.

Paige says people are often surprised when she tells them she enjoys quilting and sewing. Especially when they learn she’s been doing if since she was 10! “Sewing is definitely not a skill that many people my age have anymore and I’ve actually started teaching my younger brother how to sew,” Paige said.

When reflecting on what brings makes her happy, Paige said being near the bay brings her the most joy and she really missed it when she moved to Guelph for university. “It was only when I was at home that I felt whole and I realized it was because Midland has so many wonderful (public) beaches and access points to water,” Paige said. Her dog Arturo also brings her joy. Taking him to the beach where he can dig in the sand and splash on the shore is the best of both worlds!

When Paige was in her third year of university she worked as a personal support person for 14-18 year old kids who were transitioning out of the system. Her role was to help them with basic tasks that they hadn’t necessarily learned like grocery shopping, budgeting, goal setting, etc. She worked with a wide range of kids who were super motivated to leave the system and beat the stigma and others who were content with the way things were and didn’t see a future for themselves. This experience had a big impact on her because it was hard to watch these young adults not have any faith in themselves because of the way the system raised them. “It was also shocking to see that the majority of the kids were Indigenous and taken from their families at very young ages. That was really the turning point in my life where I started to take more social courses in school, like my minor in International Development and proceeded to obtain a graduate certificate in Non-Profit and Social Sector Management.”

Paige said if there were a soundtrack to her life it would be Rose Tattoo – Dropkick Murphys. She says she’s proud to be one of the Humans of IG and is most content when the floors are swept, laundry is done, food is made, and a candle is lit. Relaxing in bed with a good sewing or crocheting project and enjoying the peace of a clean home is the most relaxing feeling, she said.