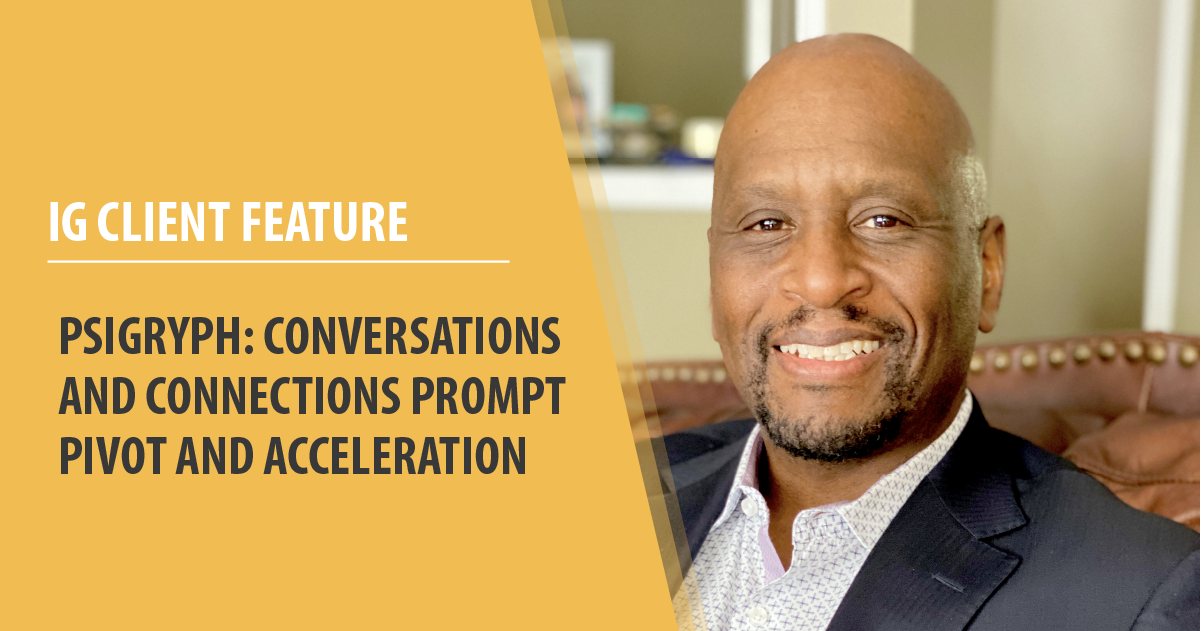 In January 2022, Psigryph founders Sean Thompson and Gopi Paliyath received an invitation to apply, along with 1100 to 1200 other companies, to the MassChallenge Switzerland Accelerator. Those selected receive a chance to access non-dilutive cash prizes, connections to corporate partners such as Nestle, DSM, General Mills, Louis Dreyfus Company and others, and opportunities for investment. Psigryph is among the 100 companies, and one of two Canadian companies, to be selected!

Sean Thompson describes Psigryph’s Nanopect™ nanodelivery system technology as UPS for living cells. “Our technology is like the packaging that goes around the material to stabilize it so it can be delivered efficiently,” he said. The initial goal of the company was to reduce green house gas emissions for livestock in farming.

Participation in the MassChallenge follows a hybrid model requiring participants to be present in Switzerland for four mandatory in-person meetings during the four-month duration. Sean had decided to temporarily relocate to Switzerland so he can use the time to meet with scientists from companies exploring future partnerships. As part of the Health Tech Solutions track, they are hoping participating in the accelerator will connect them with new customers for their technology, partners for research and development agreements or pilot projects and also opportunities for investment. “The investment climate for biotech in Canada is not great,” Sean said. “Traditionally, biotech is better funded in the US.” He said Moderna is an example of a company that had trouble raising investment until they moved to the US and were better positioned for COVID response.

Psigryph has produced a dietary supplement, Cholestello, that is testing well in the US and has had positive results in animal models at the University of Guelph. Their technology has multiple applications and connects well with agriculture, pharma and health sectors.

One of Psygryph’s biggest challenges has been access to investment. “When I reviewed the science, I knew it was a winner,” Sean said. “In Canada it’s challenging to fund biotech and as an under-represented founder, it’s even more so – facing racism.” On the corporate side, he said they have approached all potential companies in Canada that could benefit from Psigryph’s nanotechnolgy but have had better luck with Japan, the US and Europe.

In working with Innovation Guelph over the years, Sean said that two mentors have been especially great. Dr. John Kelly provided valuable ag insight and educated them about angel investors. Mark Goldberg also has a great understanding of agriculture and offers experience and insight that Sean values. Innovation Guelph educational events and support from program manager Mickey Campeau has made a difference in connecting them to the ecosystem. Access to market data from MaRS intelligence helped them to secure some initial funding. “It can be lonely as an entrepreneur and having a network is valuable as you can learn from each other’s mistakes and successes.”

The company has been working with a corporate law firm pursing Intellectual Property patents and although it’s been time consuming and expensive, he said it has gone relatively smoothly with the national phase beginning in 2021.

COVID both slowed them down in some ways and helped them in others. While lab time was difficult to secure and supply chain issues caused delays in obtaining equipment, the pivot to virtual conferences opened up a world of potential partners via conferences that would have been too expensive for travelling to. “When things switched to online, I could attend them reaching more people. Through conversation and feedback, we discovered our potential to pivot to agriculture nutrition and bio pesticides,” he said.

One of the biggest lessons in entrepreneurial life Sean is happy to share is that talking to other people and applying for opportunities strengthened his business. “We applied to a lot of opportunities, and we got involved at a conference that changed our trajectory; you need to get out there and have an open mind.”

Initially Psigryph was focused on food and pharmaceuticals. Then they realized the potential of how their biotechnology could be deployed in agriculture. He advises others not to take no for an answer and be willing to change course along the way.