On July 9, three Innovation Guelph team members climbed aboard the Startup Train to Startup Festival in Montreal. Perhaps the most valuable part of Startup Fest, the Startup Train brought together close to 100 entrepreneurs, investors, mentors and startup enthusiasts from Guelph, Kitchener/Waterloo and Toronto. In two private VIA train cars, attendees could network, head hunt and practice their pitch for Startup Fest’s big $100,000 prize.

Notable speakers at the festival included, Matt Josephson founder of Bitly, Marty Weiner co-founder of Pinterest, and Sean Lynch from Dropbox, but despite the list of highly accomplished speakers, the festival is quite casual in nature.

Attendees are encouraged to leave the suit and heels at home, and instead opt for a t-shirt and shorts as the entire festival takes place under tents setup along the St. Lawrence canal.

Adding to the festival vibe was the row of delightful Montréal food trucks and (the most amazing) bean bag chairs from Fatboy. Of course, Old Port Montreal isn’t too shabby either.

Among the long list of Startup Train attendees was Susie Pan, of the startup Just Blynk, a Tinder-like app for fashion advice and would-be winner of the $100,000 pitch competition. Susie is also currently an entrepreneur at Next 36, a Canadian entrepreneurial leadership program in Toronto. Learn more about Just Blynk here. 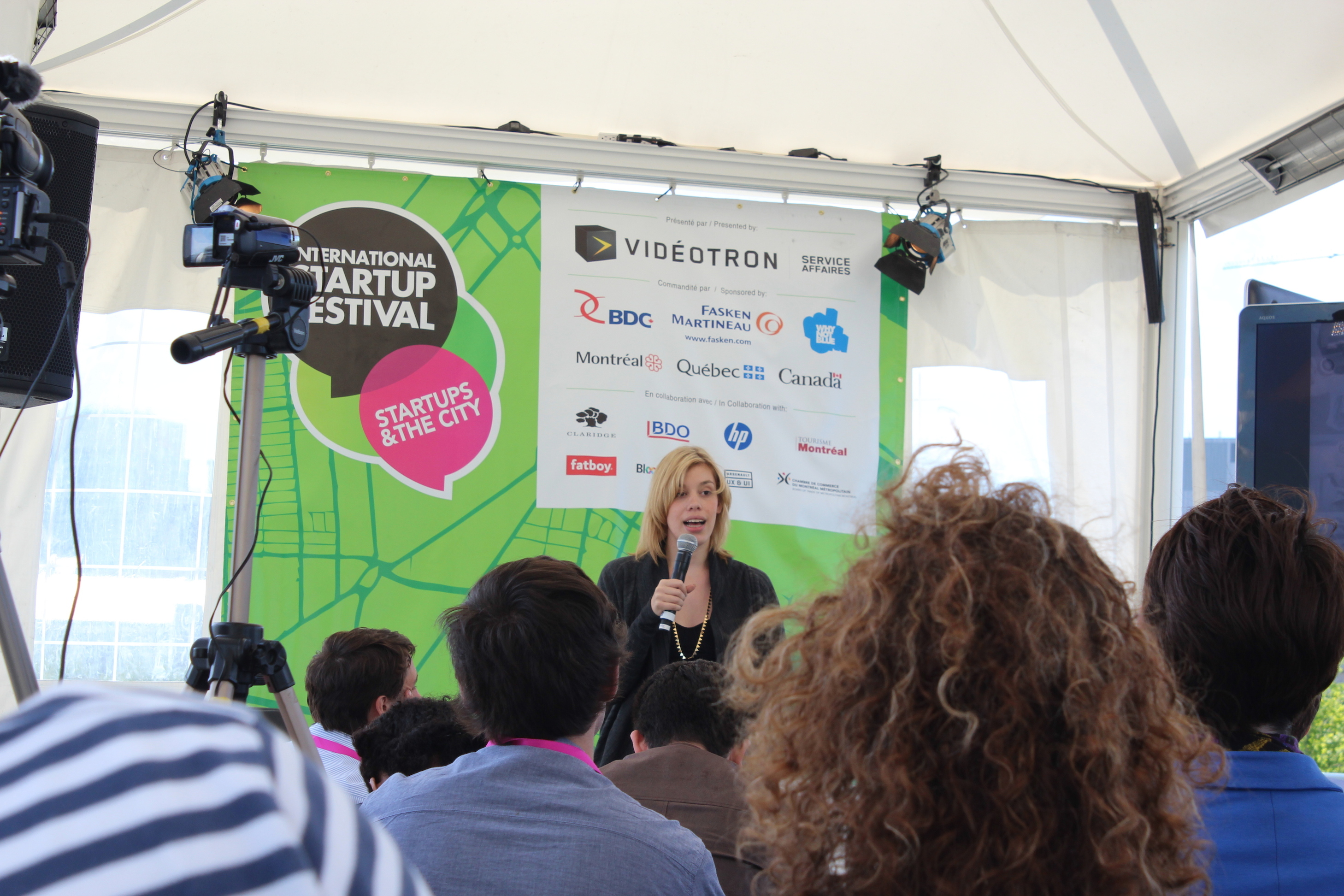 Some mentors on the train were IG’s CEO Jamie Doran, Shane Pegg from the Accelerator Centre, Mike Kirkup from Velocity, and 23-year-old Katherine Hague, founder of the hugely successful hardware platform, Shoplocket.

Unbeknownst to us, the ever-accomplished Hague was also on the speaker list at Startup Fest and delivered a dynamite talk on the parallels between the hardware and fashion industries.

Some take-away points from her talk:

The countdown has already begun for Startup Train 2015, and you can bet Innovation Guelph will be onboard. See you in 11 months and 23 days!