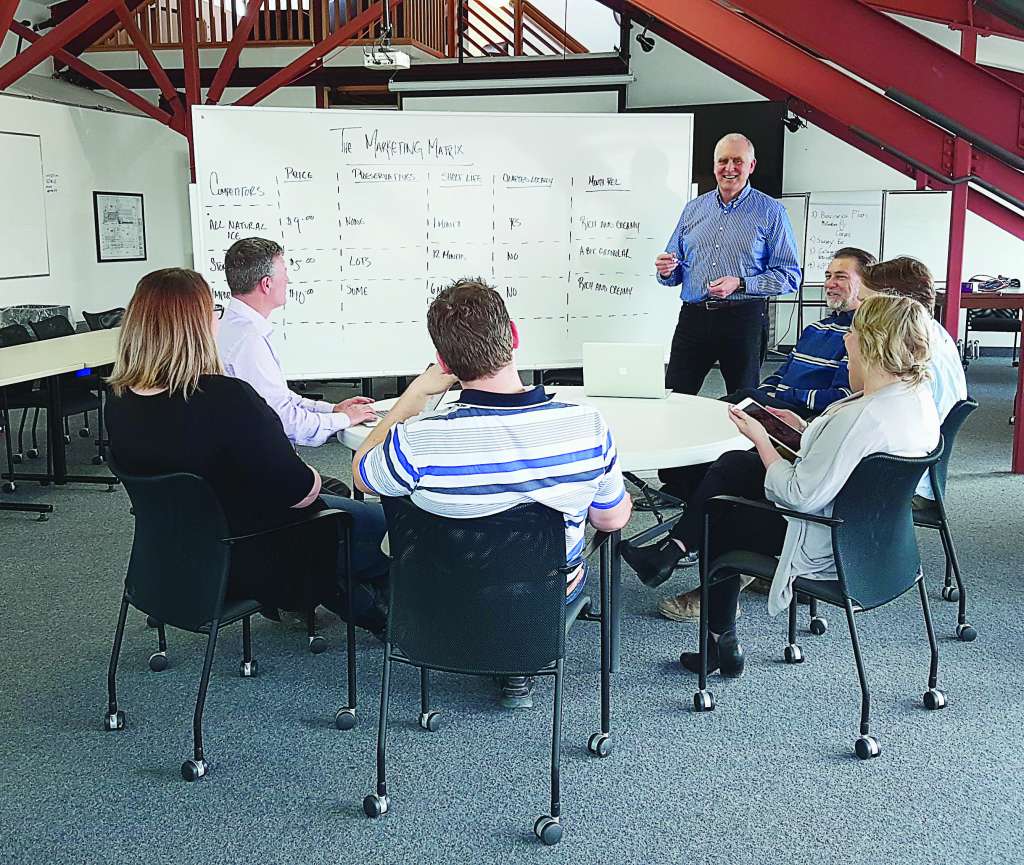 When Steve Barrett was 10 years old, he answered an ad on the back of a comic book.

It was for kids who wanted to sell greeting cards for a little extra cash. All it took was a $3 money order and a company from the U.S. would ship the package.

“I said to my mom, ‘what’s a money order?’” he remembers. “She helped me get one, I ordered the greeting cards and sold them door-to-door in my neighbourhood.”

That was how he got started in business. Since then, Barrett, a mentor with Innovation Guelph’s Fast Lane  and Gear Up programs, has launched more than seven businesses, including companies in advertising and promotion, telecommunications, security, wireless, and biotechnology.

He’s seen some startup successes – a prepaid long-distance phone card company he started in 1995 saw growth of $20 million in 5½ years. And he’s seen some challenges, like a dot-com company that folded after the bubble burst.

Starting his own companies, growing others and mentoring business owners wasn’t what young Barrett thought he’d be doing, though. His dream as a child was to become a scientist like his father.

Then, when he was 17, he read Hotel by Arthur Hailey. “It was a story about a hotel manager, and it seemed to be a really cool life. It was a lot of action, a lot of solving problems, a lot of balancing things,” he says. “I thought, that’s what I want to do.”

Barrett followed that dream. He earned his degree in hotel and food administration from the University of Guelph and found work managing restaurants. “I was good at it, but it wasn’t a great lifestyle, so I pivoted to a career in marketing at Procter & Gamble.”

A former client of Innovation Guelph himself – he joined back in 2012 – he spends his days focused on helping the 20 startup and small-medium sized enterprises (SMEs) in his portfolio grow to the next level. Alongside working on his next business venture, of course.

Part of his success was from his own mentors. He remembers his first mentor in particular for setting an example of what could be possible.

“If I he hadn’t mentored me, I wouldn’t have known what ‘possible’ was. He believed in me, and he set me up with good connections and good opportunities. But mostly he was just there in my corner. He backed me up,” he says.

The mentors he has today – because mentors can help, no matter how established you are – keep that message going strong. Even his guitar teacher is a mentor of sorts who helps him learn new things and release his creativity. (Yes, Barrett plays guitar. Finger-style acoustic, to be exact.)

That’s the kind of perspective he wants to give to his mentees, helping them grow into their possibilities.

“I like helping people, and I especially like it when they get results,” he says. “I’ve been with some clients for several years and watching them grow from working in their basement to having 10 employees and a couple of million dollars in revenue is great.”

And giving back is like community service for him. “What I say to my clients here at Innovation Guelph is, I’ve probably made every mistake possible. Just go to school on my scars.”