TRU-ID on leading edge of fight against food fraud

Chances are, you’ve been the victim of food fraud at some point in your life. You may have bought Echinacea capsules that contained no Echinacea, or ‘wild’ salmon that was actually farmed. 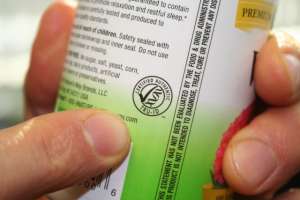 That’s where TRU-ID Ltd. comes in. The Guelph company provides DNA-based tools and services for testing the authenticity of food and natural health products in order to promote accuracy and transparency in product labelling. The goal is to protect companies, brands and consumers from the financial impacts and potential public health risks associated with adulterated or counterfeit products.

Innovation Guelph has been there from TRU-ID’s beginnings, helping guide the company from the start-up stage to its current focus on putting in place the corporate structures and processes needed to prepare for future growth.

“The technology is ripe and we’re ready to scale up to the global market,” says Steven Newmaster, TRU-ID’s chief science officer, who co-founded the enterprise with Bob Hanner, chief technology officer.

Revenues have doubled each year since the company launched in 2013 and TRU-ID is projected to achieve sales of over $1 million in 2017. Innovation Guelph mentor Mark Goldberg says while only about one in five companies survive the start-up phase, TRU-ID is well-positioned to succeed.

“They’re revenue positive, they have their own space and equipment, and they’re looking at different applications for their technology in different industries in the food sector. They’re also aligning their technology with different device manufacturers.”

As university professors, Newmaster and Hanner are leading experts in DNA biotechnology but they had limited business experience, so launching TRU-ID was a daunting task. Through Innovation Guelph’s Fast Lane and Fuel Injection programs, they’ve tapped into a wide range of expertise to help expand their business knowledge, acquire office space, develop a marketing communications plan, refine their technology, adopt a project-based approach to growth and recruit an executive team with the skills needed to take the company to the next level.

“IG is helping them grow a great Guelph-based company,” says Goldberg. “It’s Guelph-based technology, created by Guelph people. Guelph is the food research and education capital of Canada and this is an important innovation that will have a major impact.”

With roots in the Biodiversity Institute of Ontario, the TRU-ID team is on the leading edge of efforts to advance the use of DNA barcoding technology that identifies plant and animal materials based on short, standardized gene sequences. Equipped with a growing DNA library relevant to the food and NHP industry that contains more than 45,000 species and over 180,000 DNA sequences, TRU-ID has developed and commercialized innovative technology capable of testing a wide range of food and natural health products for authenticity. The company’s leading-edge technology packs the power of a million-dollar laboratory equipped with DNA extraction and sequencing equipment into a handheld device.

“We’re putting all that into a gadget that is $5,000,” says Newmaster. “A test that used to cost thousands of dollars and take weeks for results we can do now in 20 minutes for less than $100.”

Using TRU-ID’s cloud-based tools, companies can easily access testing data for more effective supply chain monitoring and management, and soon consumers may be empowered with data that helps them make more informed buying decisions by simply scanning a code on the product label and checking it online.

In addition to making product testing and authentication fast and affordable, TRU-ID issues the world’s only registered certification for species ingredient authenticity. Now registered in Canada, the United States and the European Union, and coming soon to China and India, the TRU-ID “stamp of approval” may one day be a global standard.

The company is working with government regulators and a growing number of companies to ensure product quality, authenticity, safety and traceability at every step in the supply chain.  U.S. retail giants including Walmart have come knocking, and 10 of the world’s leading natural health product companies have signed on along with 28 suppliers. This winter, TRU-ID will be featured at a trade conference to be hosted by several major U.S.-based nutrition suppliers, manufacturers and retail chains.

TRU-ID first burst onto the scene in 2013, when Newmaster’s lab published a study in the open access journal BMC Medicine that detected widespread adulteration and substitution of ingredients in off-the-shelf herbal supplements. The study found nearly 60 per cent of the products tested contained ingredients not listed on their labels, and one-third were actually fakes. Most of the unexpected ingredients were harmless fillers like soy and wheat, but some were toxic, says Newmaster.

The study caused a media firestorm, and led to coverage in the New York Times and appearances on television programs such as the CBC’s The Fifth Estate and American shows including Frontline and Dr. Oz. The study sparked numerous lawsuits and calls for new regulations for the supplements industry.

It was also a wake-up call for manufacturers. More and more companies are embracing the technology as a competitive advantage: they’re making changes in their supply chains, and using tests that verify the quality of their products as part of their marketing strategy.

“Basically, our message to them is ‘We’re here to help. And we have a tool for you’,” says Newmaster. “I really tip my hat to these companies because they’re doing the right thing.”

As the technology continues to advance, there are so many potential applications that Goldberg says the biggest challenge facing TRU-ID may be trying to avoid growing too fast. Current opportunities include combatting fraud and supporting sustainable practices in the seafood, meat processing, coffee and spice sectors, as well as helping farmers by identifying crop-destroying pests and reducing waste by finding microbes that cause food to spoil.

For now, TRU-ID has made a strategic decision to focus on the natural health product sector. According to a 2010 Ipsos-Reid survey, 73 per cent of Canadians regularly take vitamins and supplements, and industry sales in Canada are estimated at $1.5 billion annually, while the U.S. and European markets, sales are at $7.4 billion and $28 billion respectively.

But the day is not far off when your local grocery store may have TRU-ID technology on site to quickly check that the red snapper on ice at the fish counter is in fact red snapper, and not a cheap substitute or an endangered species.

In today’s global economy where supply chains are increasingly long and complicated, it’s no longer enough to test the occasional batch or distribution point.

“We want to test often and the way to do that is to make it easy and inexpensive and put the technology right in the supply chain,” says Newmaster, looking ahead to the day when low-cost testing will make it practical and affordable to not only verify the contents of a bottle of natural health product but also the source of the bottle itself.