Based in Guelph ON, MANTECH’s innovation is focussed on their commitment to optimizing results (performance and outcome) and protecting the environment. “The innovations are the analyzers, – and nano technology,” explained Robert Menegotto, CEO. “The methods and technology analyze water faster and greener than current methods permitted.”

MANTECH commits to making water quality analysis faster, simpler, greener and more informative. Their analyzer eliminates the use of hazardous chemicals such as chromium and mercury, and shortens the time required to obtain results. In the pulp and paper industry for example, with the MANTECH analyzer, there is less pollution getting into the wastewater resulting in:

In lab environments, using MANTECH’s analyzer, smaller sample sizes can be used without sacrificing the quality of results. As a result, the smaller test tubes are reducing plastic waste and saving space allocation in the lab. Not only does the testing process require less chemicals, but the use of intelligent software and robotics makes analysis faster. There’s innovation in the chemistry, robotics, software, and control mechanisms. “It’s where innovation meets mission,” Menegotto says. 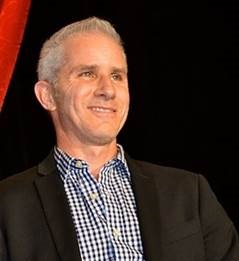 MANTECH’s typical customers are accredited labs – either private or government – who report to municipal, provincial and federal governments. Their new market customers are also the customers of those labs who use MANTECH’s patented analyzer to stay in compliance, such as Sleeman Breweries and Suncor.

Interestingly, a new market has emerged related to drinking water through the Centre For Water Resource Studies at Dalhousie University. This opportunity emerged due to the hunch of professor Graham Gagnon, an alumnus from the University of Guelph. The professor suspected the analyzer could measure a new parameter in drinking water that will enhance the protection of public health. Testing revealed he was right. With the analyzer able to detect more minute traces, Health Canada has added a new parameter, based on MANTECH’s technology, to a drinking water guidance.

Evolving from their initial vision, MANTECH ceased selling analyzers for many substances (such as pharmaceuticals and oil) and began focusing on their real strength (water) several years ago after working with Innovation Guelph. After weathering some initial loss, MANTECH’s renewed focus on water analyzers fostered their global growth. Menegotto says the future is exciting. “We’re making significant product investments, improving our coding ability and investigating IOT applications while optimizing our interface to save customers money by becoming more autonomous.

Once MANTECH focussed their attention on what they do best, one of the biggest challenges they faced was getting found. Working with IG helped them to solve that with implementing SEO and solidifying their mission and vision to develop green solutions and sustainable innovations, as part of their commitment to the environment and to safeguarding public health.

In 2017 MANTECH won the SME of the Year award at the Guelph Awards of Excellence. In 2019 their analyzer won the best new innovation in the Czech Republic Laborama Conference and Exhibition – part of their global network.

Menegotto recommends companies take the initial steps to identify their challenges and then approach Innovation Guelph to work with experts. “Leverage becoming connected to the right expertise.”