A fourth year mechanical engineering student at the University of British Columbia planning to revolutionize wearable, ‘quantified-self health’ is the winner of Singularity University’s 2nd Annual Canadian Global Impact Competition. The pitch showdown took place April 2nd during a gala event at the Markham Civic Centre where five of Canada’s brightest minds pitched their ideas to improve the lives of Canadians. The event was hosted by ventureLAB, one of 17 regional innovation centres in Ontario.

Andrea Palmer-Boroski of Port Moody, BC, was awarded the first place prize worth $30,000 USD. The 24-year-old co-founder of Awake Labs will attend a highly competitive 10-week graduate studies program at Singularity University in California’s Silicon Valley where participants examine ways that technology can create a better world.

Reveal is a wearable device that measures and tracks anxiety. Reveal was born to care for children with Autism Spectrum Disorders (ASD), but it is not limited to autism care. 1 in 68 children born today are diagnosed with ASD, which represents over 100,000 children in Canada and over 1 million in the USA alone. Reveal is being developed to track anxiety and predict behaviour meltdowns before they happen, giving parents and caregivers enough time to intervene and reduce the anxiety. Currently, the only way meltdowns can be predicted is with the help of behaviour analysts who must carefully study and understand warning signs. Once Reveal is developed, tested, and proven, it can be used for clinical stress and anxiety, a problem that takes up 1/3 of health care costs in North America. Reveal can change millions of lives through better long-term health care, helping people become more independent, happier, and safer.

The 2nd Annual Canadian Global Impact Competition was announced in January 2015 nationally in Canada, and challenged entrepreneurs, leaders, scientists and engineers to propose innovative projects that could positively impact one million people in their country in the next three to five years through technology. Submissions ranged from technologies improving living standards, medical services and food production. 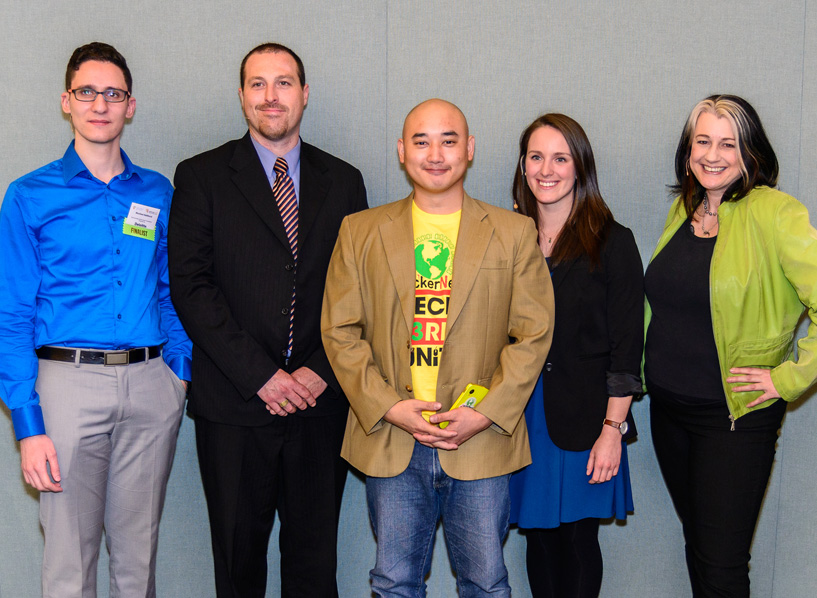 While the competitions have been held in numerous other countries for several years, this is only the second time for Canada. Innovation Guelph hosted the inaugural Canadian competition in 2014. Now an annual event, next year’s Canadian GIC 2016 competition will be hosted by Communitech, the hub for the commercialization of innovation in Waterloo Region.

With files from ventureLAB